Accessibility of sanitary products for teenage girls in Kenya has been a problem for some time now. Despite government scrapping taxes on sanitary products in a move to make them more affordable, research shows that most women still find these products too expensive. The government also amended the education act which seeks to provide sanitary products to girls registered at the schools, however this has not solved the problem at hand with schools in rural areas reportedly not benefiting from the scheme as the donated pads are not enough to reach all students.

Speaking to the Hockey Republik, Brigid Siantei, the donations and funding facilitator of Tunza Sports Academy explained that over the years, many girls have been forced to miss at least 4 days a month which translates to 12 days a term and 36 days per academic year, during their menstrual cycles as they have little or no access to Sanitary Towels.

Citing this problem, the Tunza Sports academy which champions for girl-child empowerment through sports, came up with the Pad Me Up campaign. The campaign seeks to collect sanitary pads to ensure young girls do not continue to suffer the same fate. Inaccessibility of sanitary pads made women and teenage girls vulnerable to men who take advantage of the situation, offering young teenage girls’ money to buy sanitary pads in exchange for sexual favors. This is the driving force behind the Pad-Me-Up campaign

The Pad Me Up campaign runs in line with the commemoration of the menstrual hygiene day celebrated at the 28th of May, annually. The campaign targets to raise 7200 Pads to last the girls for 12 months. The pad me up campaign begun on the 24th of May and is expected to run until the 15th of July 2021. The campaign has received a lot of support from sports personalities with many sharing messages of support on their social media pages. Brigid confirmed a number of sponsors have come in to support the campaign with donations and funds already trickling in. WOSWA, a student led mentorship program, that seeks to empower female students, has also come in as a partner to help raise the funds for the campaign.

The goal of the campaign is not only focusing on collecting of pads but also creating awareness and sensitizing the general public on menstrual hygiene.

While commenting about menstrual hygiene awareness, Pauline Ochieng, the Tunza Sports Academy Event planner, pointed out the need for the society to change their perception on menstruation. She urged men and women alike to keep the conversation going on menstrual hygiene as it will help eliminate the gender stereotypes associated with handling of sanitary products.

Coach Denis Owoka, the Director of Coaching at Tunza Sports Academy, also challenged fathers and male guardians to pick up the conversation with their daughters. By giving them an avenue to open up about their challenges on handling menstrual hygiene, they can reduce the risk of the girls being abused and also missing on education because of menstruation.

To participate in the Tunza Sports Pad Me Up campaign you can easily contribute money using Mpesa Pay bill number 891300 Account Number: 47217, M-Changa using *483*57*47217# and https://secure.changa.co.ke/myweb/share/47217  or donate through the website via PayPal or CashApp using https://www.tunzasports.org/donate/ . 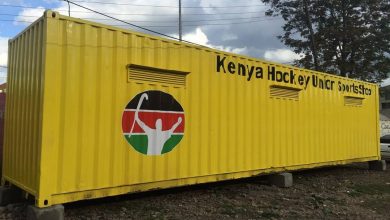 Managing Sports as a Business